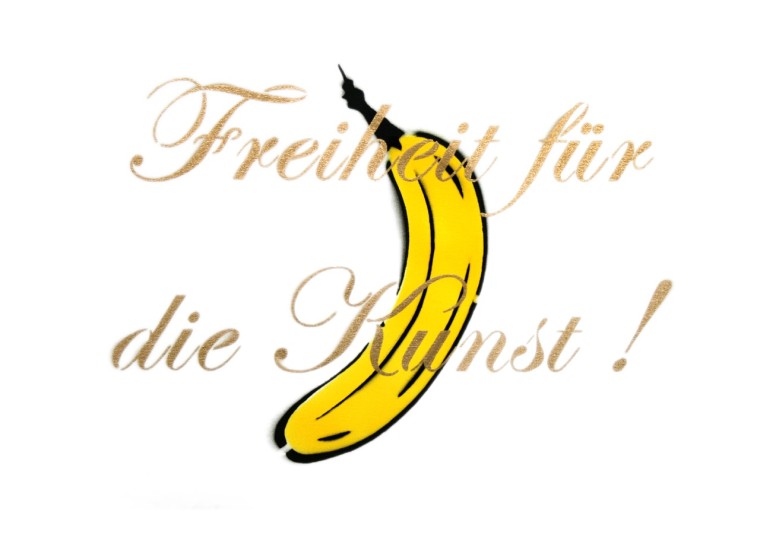 There are around 4000 bananas at German and international art houses. All houses are selected by Thomas Baumgärtel and ennobled as places for contemporary art.

The art of Thomas Baumgärtel is comprehensive: his intermedial work shows drawings, prints, murals, collages and object art. Political contents are anything but alien to him. In his actions and happenings, he once praised the double standard of the church, protested against the international arms trade and commented on the terrorist acts in Paris last year. This freedom fighter for the arts, who also completed a degree in psychology, is an indispensable part of the federal-republican art scene.

Thomas Baumgärtel has been an ennobler of the art world for 30 years. The Osthaus Museum Hagen presents over 50 works by the banana sprayer Thomas Baumgärtel on the occasion of this 30th anniversary. The director of the museum, Dr. Tayfun Belgin, has known the artist for about 20 years and is well known to him. His statement: "Thomas Baumgärtel's banana is a stroke of genius in modern art"