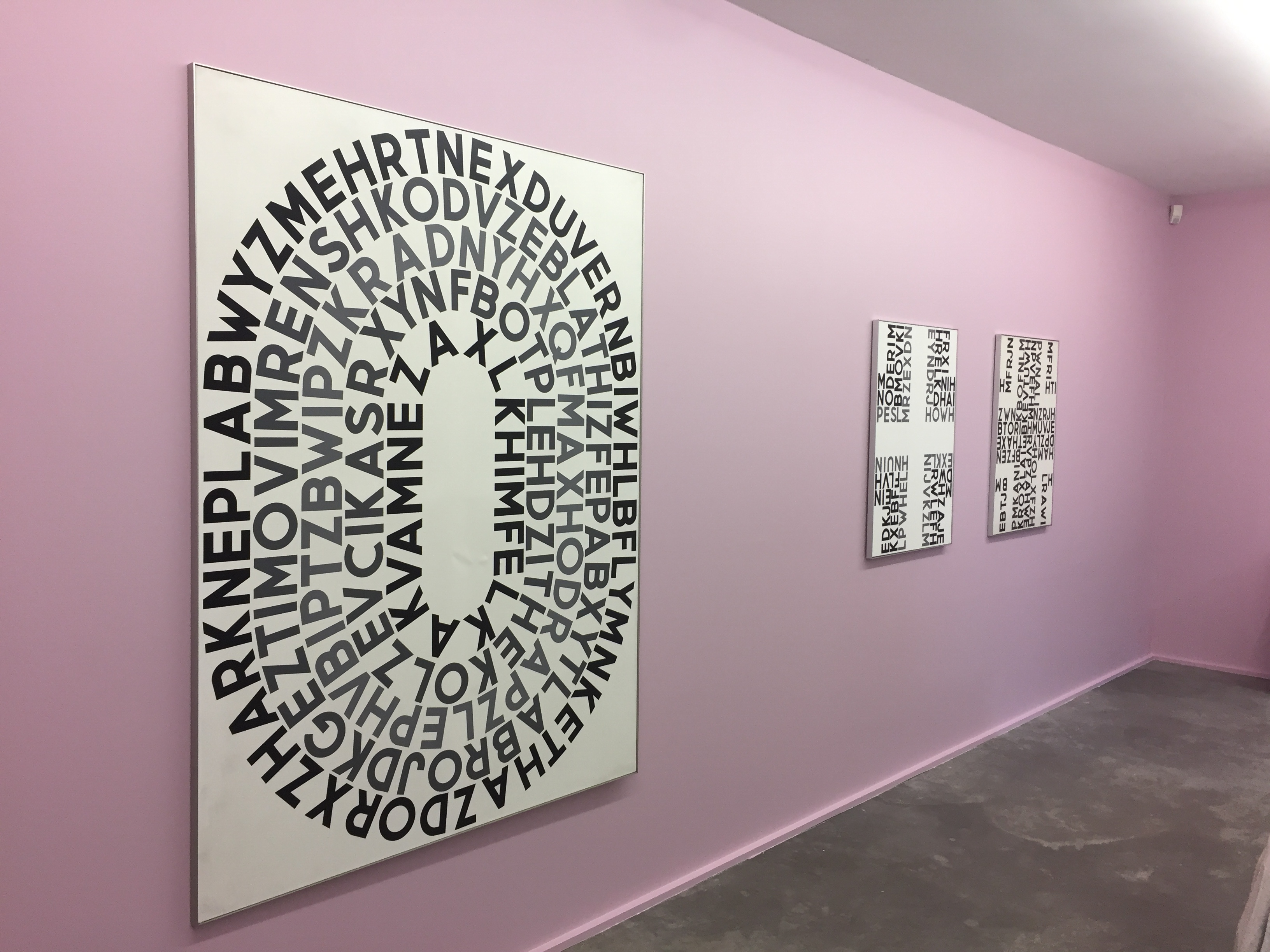 In the year 1968, after his first of four awards at the prize La Jeune Peinture Belge, Gaston De Mey (1933-2015) broke radically with his figurative training in the academy of Eeklo. He developed his own style using the letters of the alphabet letters, not on a literary level but on the canvas.

His oeuvre consists of countless canvases and panels in which names, quotes, sentences and stories were unraveled to the DNA of the language: the 26 letters of the alphabet. He rearranged these into structures and forms that brought a completely innovative aesthetic in painting. Hugo Bousset once wrote about his work: "De Mey is always looking for a pure world through an extreme reduction of resources, which in fact only refers to itself." His endless repetitive letter combinations are an illustration of the illegibility of the world; they form a new, artistic world, which is readable in as many ways as there are viewers."

The work is included in the collections of, among others, MuZee, the Groeninge Museum, the SMAK and the FelixArtMuseum. It was shown in dozens of important exhibitions.

With the exhibition FOCUS GASTON DE MEY we give a glimpse into the exciting oeuvre of De Mey since his drastic step in 1968. We try not to make a historical or an aesthetic overview here, in which all time periods are represented.

The exhibition takes place in the lower space of the gallery and runs simultaneously with a new DNA exhibition in the upper space under the title DNA Ontrafeld. In the lower room, some spatial works by Eja Siepman van den Berg are also brought into dialogue with the work of Gaston De Mey.