Reality according to Jan Schoonhoven. 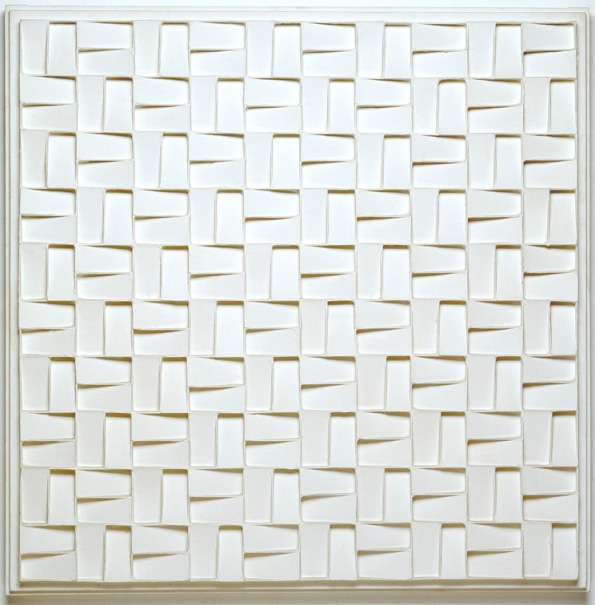 The exhibition Reality according to Jan Schoonhoven is the first comprehensive overview in the Netherlands in 20 years of Jan Schoonhoven's totally unique oeuvre of drawings and abstract white reliefs.

Jan Schoonhoven (Delft, 1914 – Delft, 1994) is one of the most prominent visual artists of the 20th century. This exhibition reflects the artist's development in the context of his time and in relation to kindred spirits abroad. Schoonhoven aimed to represent the essence of reality in formal structures. His work demonstrates originality and purity. He developed his unique reliefs from about 1956 onward. These reliefs, with rhythmical patterns in which an identical motif is repeated, are characterized by objectivity and freedom from bias and make no comments on social developments, but accept reality as it presents itself.

Initially, Jan Schoonhoven predominantly produced abstract drawings. From halfway the fifties onward, he discovered the possibilities of making cardboard reliefs. Eventually, the informal style that he practiced at the time gave rise to the well-known grid reliefs. Rather than a visible reality, these visualize autonomous realities where the effect of light plays a major role. In the midst of artists such as Armando, Bram Bogart, Enrico Castellani, Jan Henderikse, Piero Manzoni and Henk Peeters, Schoonhoven developed his own unique idiom.

From 1960 to 1965 he was active in the Dutch ZERO movement and in 1967 he was one of the Dutch participants in the Sao Paulo Biennale, where his work was awarded second prize. This was in fact his international breakthrough. To meet the increasing demand for his reliefs, Schoonhoven farmed out the actual manufacture of his works to assistants, while he himself stayed on as an official in the Dutch Postal Services until his retirement.

The exhibition The Reality of Jan Schoonhoven is part of a series organized by the Stedelijk Museum Schiedam about the artists and mental legacy of ZERO and zero. Phenomena from reality were declared art by these artists, who emphasized the beauty of serenity, repetition and uniformity. Jan Schoonhoven's drawings and white reliefs reflect phenomena from an increasing economic prosperity that was accompanied by the mass production of the 60s. Schoonhoven expresses the essence of this reality in seriality and repetition.

On an earlier occasion the Stedelijk Museum Schiedam hosted the exhibition ZERO = 0, the Dutch ZERO Movement in an International Context (2011), which was the first in 30 years to highlight the history, mental legacy and works of art of the Dutch ZERO artists: Armando, Jan Henderikse, Henk Peeters, Jan Schoonhoven and herman de vries. In 2014 the Stedelijk Museum Schiedam organized the successful exhibition herman de vries. all, in which the development of the artist herman de vries – who still works in the ZERO spirit to this very day – was the focus of attention.