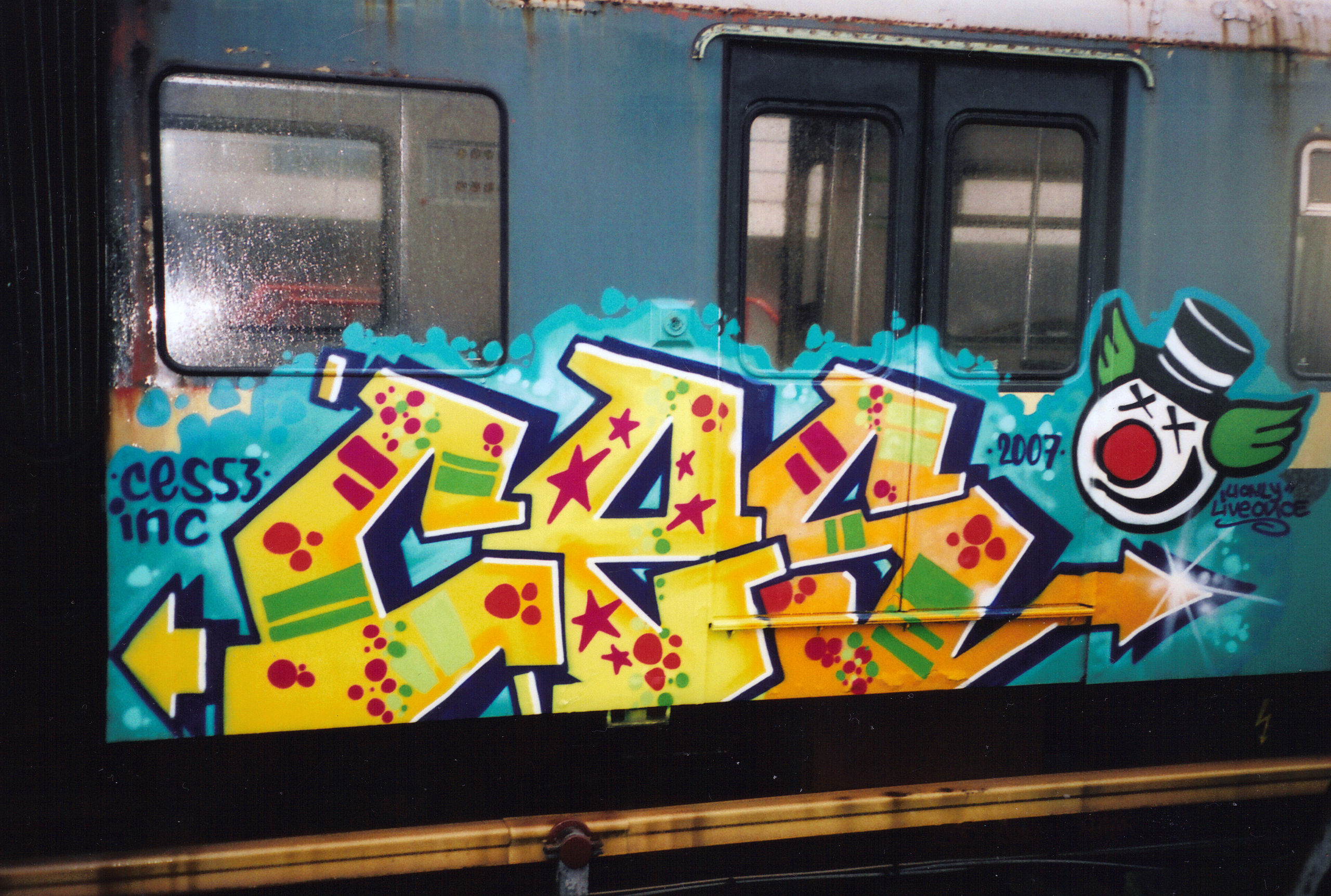 Graffiti is a collective name for images or text arranged on the street or in a different more or less public place with paint, paint marker, ink or scratches.

Graffiti are timeless. The Classic Romans also wrote on their walls and monuments, as in the Italian cities of Rome and Pompeii. Some of these texts were political statements and announcements of gladiatorial games. Vikings also did it at least since the 12th century in places they frequented, as can still be seen in for example Maes Howe in Scotland.

During World War II it was a rage among American soldiers to place the text "Kilroy was here" wherever they went, provided Mr. Chad, the male figure on a wall. This graffiti is still found all over the world as on the walls of public toilets to the top of the Statue of Liberty in New York. Graffiti on a subway, created by Ces53, a Dutch graffiti artist from the late sixties created New York's youth's habit to put their pseudonyms on running trains and subways. This kind of 'signature' is called a tag.

In the early eighties, the New York graffiti inspired European artists like Blek de Rat, and then they were introduced in several European cities. In the Netherlands and Belgium, this led to a significant graffiti activity, which peaked between 1985 and 1995. 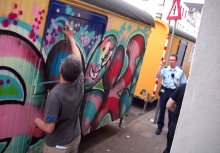