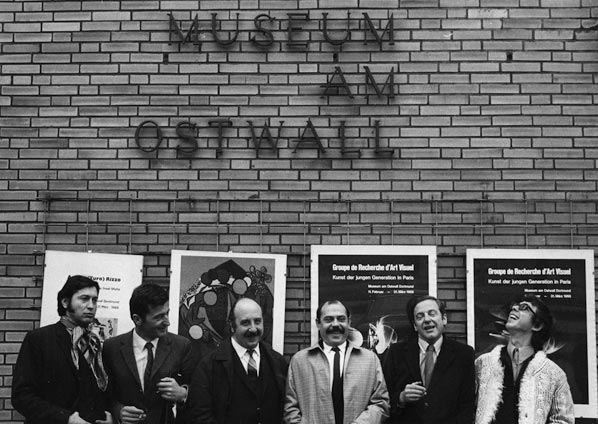 Groupe de Recherche d’Art Visuel (GRAV) (Research Art Group) was a collaborative artists group in Paris that consisted of eleven opto-kinetic artists, like François Morellet, Julio Le Parc, Francisco Sobrino, Horacio Garcia Rossi, Yvaral, Joël Stein and Vera Molnár. They picked up on Victor Vasarely's concept that the sole artist was outdated and which, according to its 1963 manifesto, appealed to the direct participation of the public with an influence on its behavior, notably through the use of interactive labyrinths.

GRAV was active in Paris from 1960 to 1968. Their main aim was to merge the individual identities of the members into a collective and individually anonymous activity linked to the scientific and technological disciplines based around collective events called Labyrinths.

Their ideals enticed them to investigate a wide spectrum of kinetic art and op art optical effects by using various types of artificial light and mechanical movement. In their first Labyrinth, held in 1963 at the Paris Biennale, they presented three years work based on optical and kinetic devices. Thereafter they discovered that their effort to engage the human eye had shifted their concerns towards those of spectator participation; a foreshadow of interactivity.

On April 19, 1966 GRAV created Une Journée dans la rue (Day in the Street) in Paris where they invited passing participants to involve themselves in various kinetic activities such as having them walk on uneven blocks of wood and/or experience a distorted world by wearing elaborate distorting spectacles.

Their agreed dissolution in November 1968 was based on their recognition that it was impossible to maintain the rigor of a joint program. 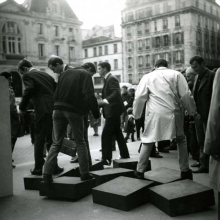 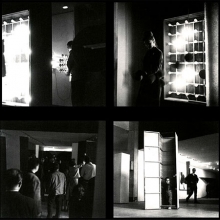