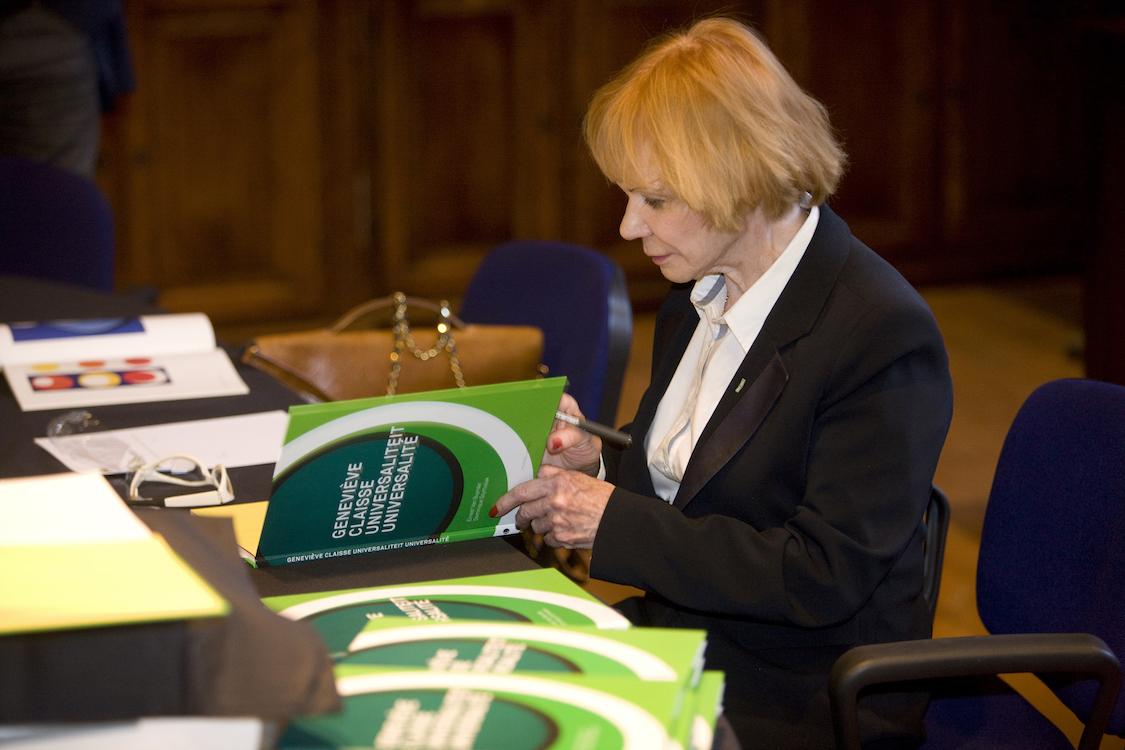 To our regret we have to announce that Geneviève Claisse has passed away. With her unique design language she became one of the most important French representatives of the second generation geometric abstracts in the 1950s and 1960s.

Claisse became an assistant to Auguste Herbin at a young age, with whom she shared a studio in Paris. From the beginning she worked abstractly and after an artistic search with lyrical compositions, tight geometric canvases and sculptures were created that were brought into ballistic detail without exception.

Geneviève Claisse was discovered early on by the French gallery Denise René, the leading gallery for optical and kinetic art. Claisse's work was often shown in the context of the oeuvre of, among others, Victor Vasarely, Julio Le Parc, Alexander Calder, Jesús Rafael Soto and Carlos Cruz-Díez.

In 2014, Kunstzolder organized the first major retrospective of her work in Belgium. A bilingual book was also published at Lecturis. Two years later, on the occasion of her 80th birthday, Museum Matisse in Cambrai exhibited a big selection of her oeuvre.

Claisse was active until the end of her life. She prepared an exhibition in London and painted every day. Her life came to an end abruptly after an accident. She was 82 years old.