Paul Van Hoeydonck receives a 360° picture of the moon landscape 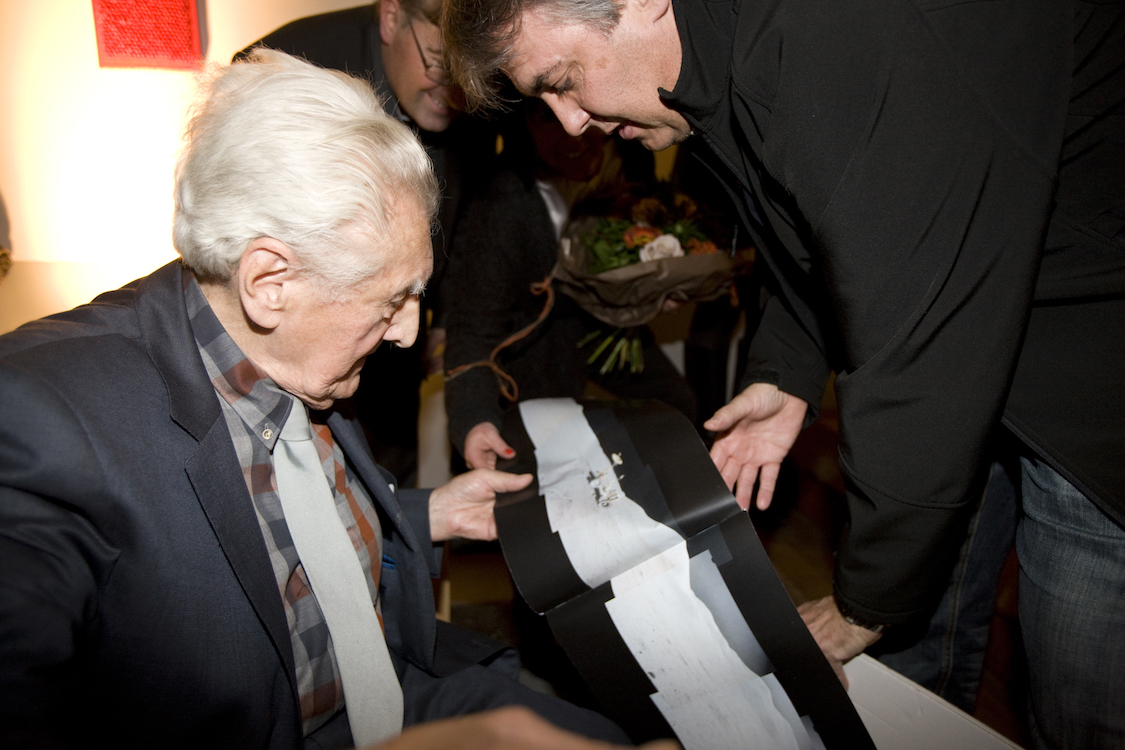 On Friday, November 14th 2014, at the opening of the Kunstzolder exhibition COLOR LIGHT BLACK WHITE artist Van Hoeydonck, the Antwerp artist who among other things is known for its statue on the lunar surface, got a special surprise.

Van Hoeydonck, one of the six ZERO artists shown in the exhibition, was present at the opening. After the speech of gallerists Stijn Coppejans and Delphine Boone,  a special guest got the microphone. Danny Van Hoeycke, a member of the Euro Space Society donated a picture of the moon scenery around the statue of Van Hoeydonck. The picture was signed by Dirk Frimout, the first Belgian who traveled into space.

The photos were taken by the crew of the US Apollo 15 space mission that had deposited the statue there in honor of the dead astronauts. With the 360° photo, Van Hoeydonck has a unique piece in its archive.