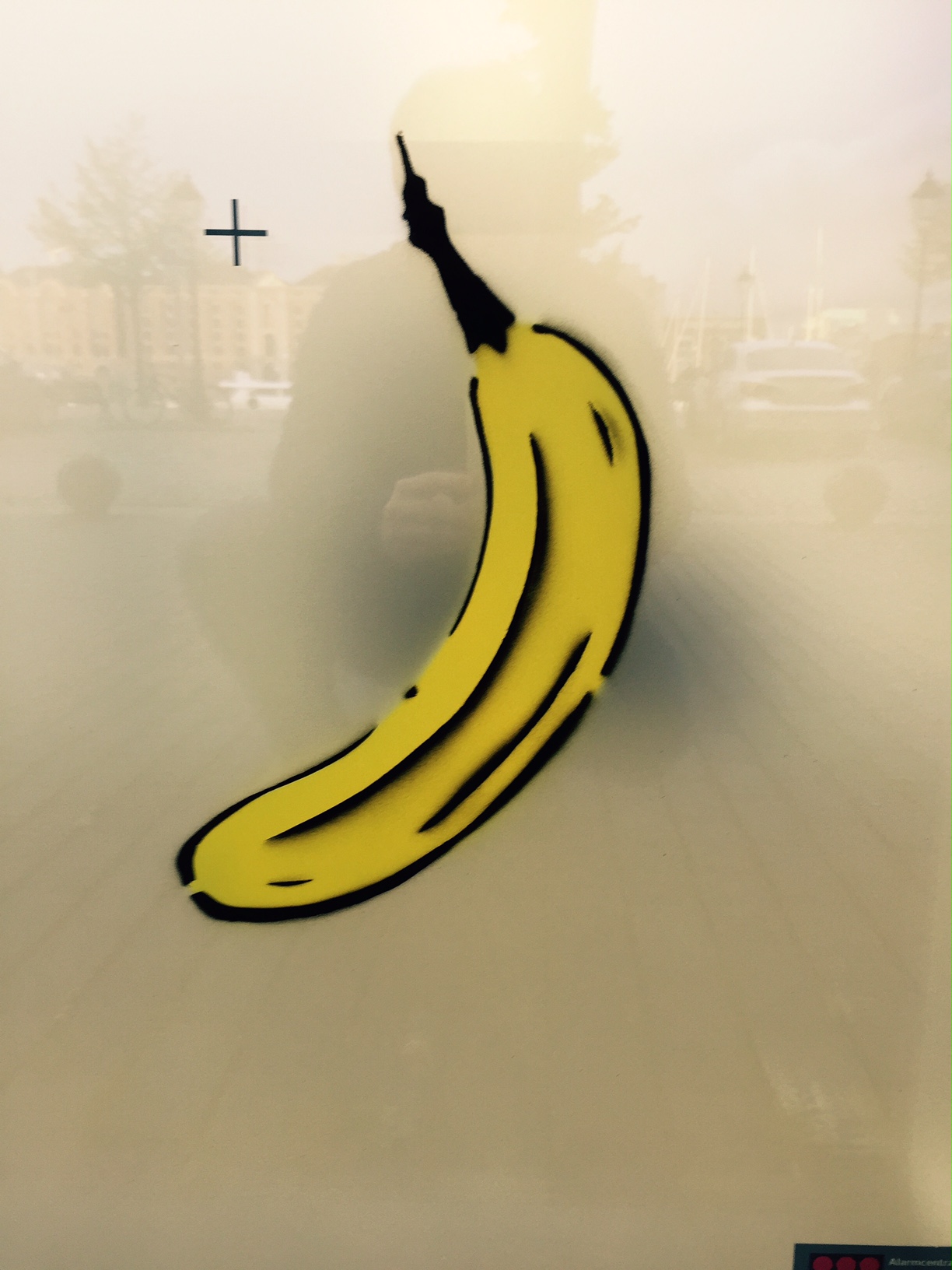 The German artist Thomas Baumgärtel, known for his banana graffiti's, was hosted in Antwerp last Friday. His stay in Antwerp was a project for dasFestival|KÖLN and by invitation from dasKULTURforum.

With the visit of the 'banana sprayer' the thirtieth anniversary of Baumgärtels freedom symbol was celebrated. In 1986 the artist sprayed his first banana in his home city of Cologne. He chose a place in the city where the boundless freedom of imagination and creativity - for him the essence of art - had a central role.

Until now, Baumgärtel honored more than 4,000 art houses around the world with that symbol: renowned galleries and famous museums like London's Tate Modern, the Centre Pompidou in Paris, the Guggenheim Museum in New York and the Pushkin Museum in Moscow. That way, his banana for galeries is similar to a star for restaurants.

On Friday, April 29th four galleries were added to the list: