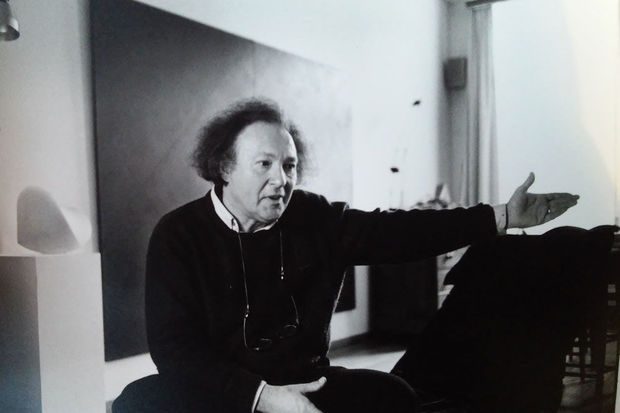 Gilbert Swimberghe is a Belgian painter. His work underwent an evolution for more than 60 years.

In 1958 he met Luc Peire and Victor Servranckx and was inspired by them to non-figurative work. For half a century he has purified his abstract expression.

Through abstraction, the artist evolved to stylization, geometry, constructivism, minimalism and spatialism to end up in a pictorial fundamentalism and finally in his famous blue geometric-sensitiveness.