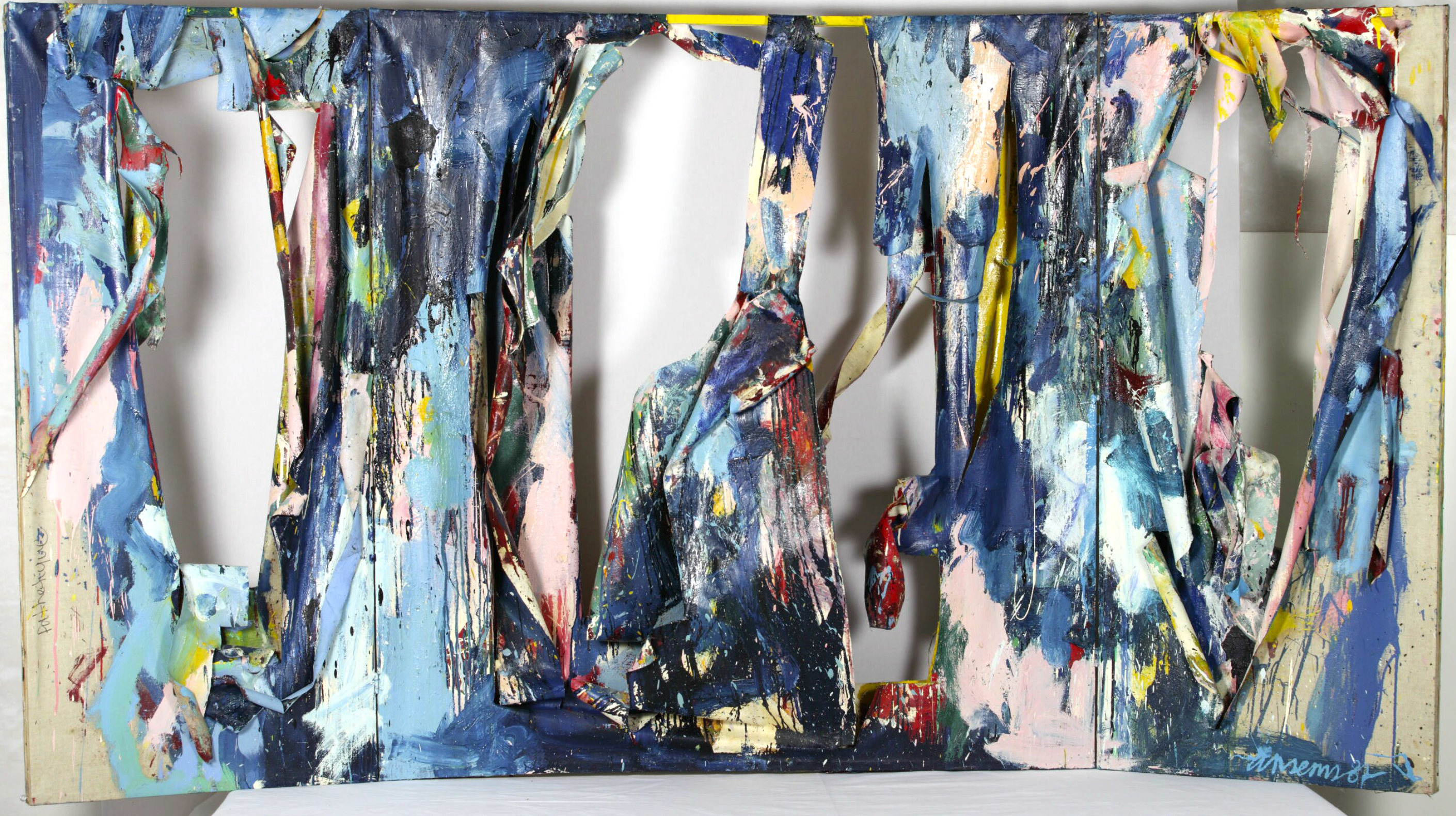 The Dutch artist Hans Ansems was educated at the Academy in Tilburg. His work is a counterpoint to the academic heritage.

Ansems wants to rediscover the art of painting by destroying it first. He does this by cutting his canvases with a Stanley knife. The destruction process was first used in 1985, after the breakdown of his relationship with his girlfriend. However, what began as an act full of aggression and powerlessness, ultimately became an act of force.

The Gemeentemuseum Helmond has work by Hans Ansems in its permanent collection.