Theo Kuijpers has been known as a painter to the general public since 1979. He was then commissioned to paint a Way of the Cross for a parish church in Maastricht. Later a lot of attention on radio and television was devoted to this unique project.

During the first years he has been mainly engaged in painting still lifes, landscapes, birds and portraits. Later his work became more abstract and spontaneous. 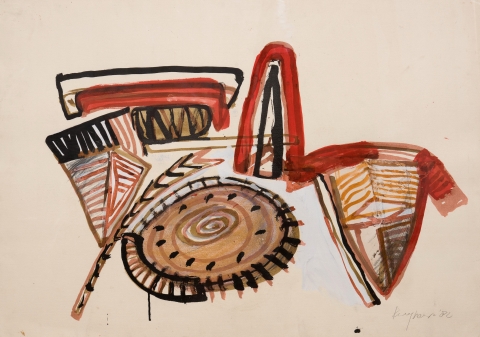