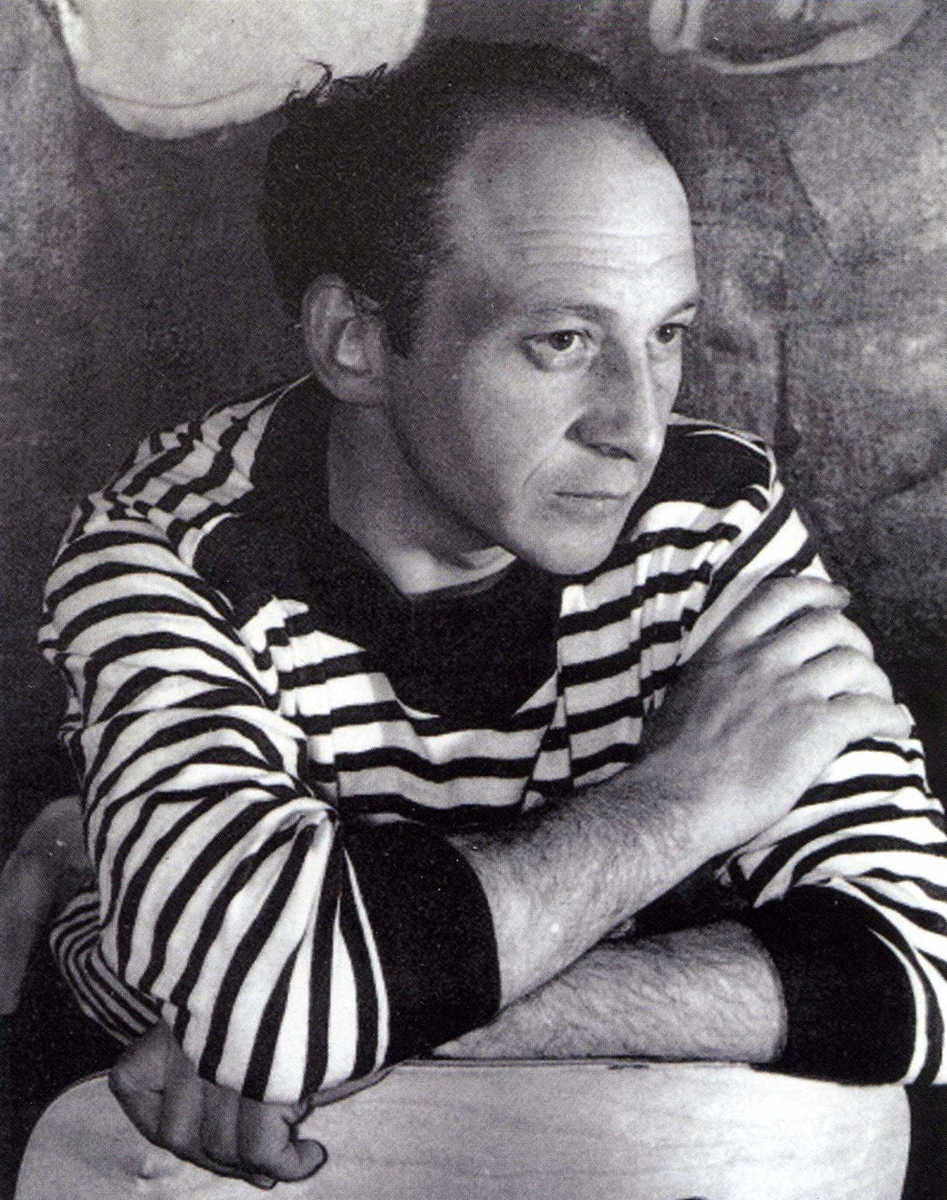 Theo Wolvecamp was a Dutch CoBrA-artist. He studied for two years at the academy in Arnhem and then left to Amsterdam. Therre, he got involved with the Reflex (the Dutch Experimental Group and in 1948 he joined CoBrA.

From 1953 to 1954, the young painter worked in Paris. After that, he returned to his birth place Hengelo. He worked in relative solitude, but participated in many national and international exhibitions.

Not mutch of his CoBrA-period work is available. Wolvecamp used to overpaint or destroy many of his paintings. His work is in the collection of many international museums. 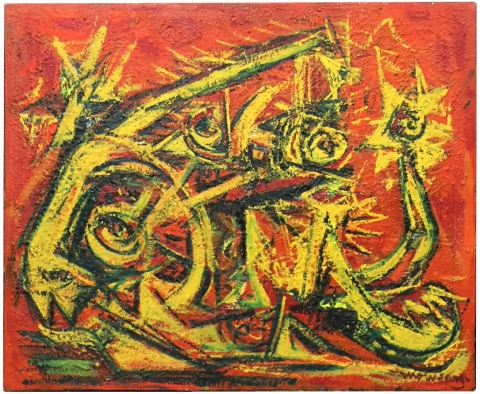