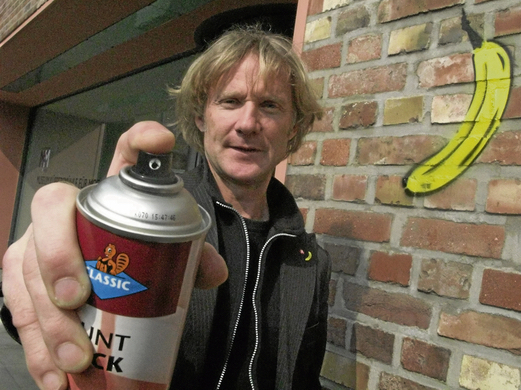 Thomas Baumgärtel is a German graffiti artist known under the pseudonym Banana Sprayer because of his typical banana that he uses in many artistic contexts.

He began his "banana project" in 1983. From 1985 to 1990 he studied art at the University of Applied Sciences in Cologne. Afterwards, he also studied psychology at the University of Cologne. In 1986 he exhibited his banana for the first time. After that he became very active in the art world.

In 1996, together with 13 other artists in Cologne he founded artist collective "CAP Keulen". In the years that followed, his work could be seen everywhere in the street scene. The typical stylized banana appeared on facades of places where culture is promoted. Over the years, this image became similar to a 'star' for restaurants, but then applicable to museums and galleries. In Antwerp there are now four galleries with such a banana, including Galerie Schoots + Van Duyse. 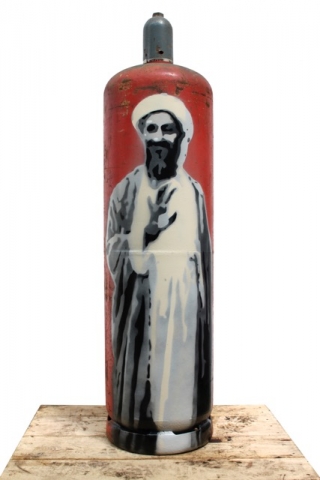 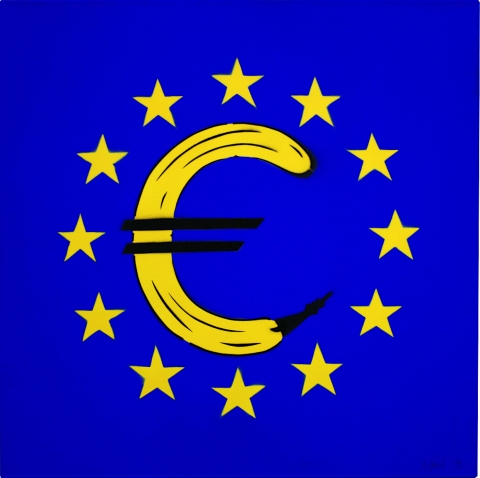 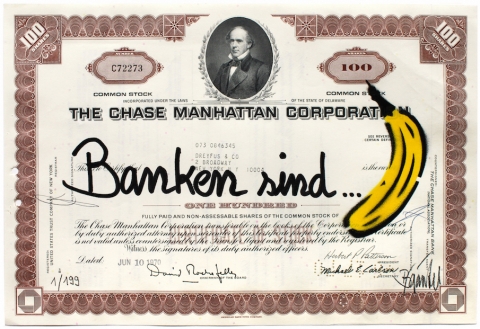 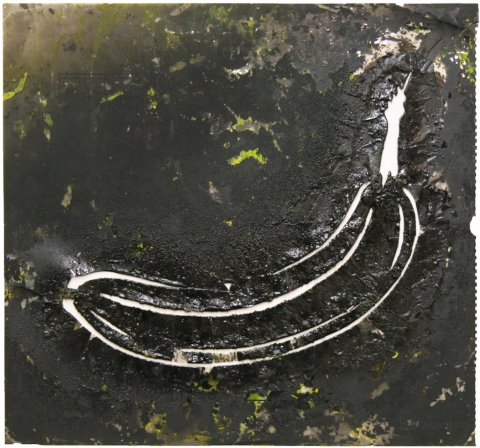 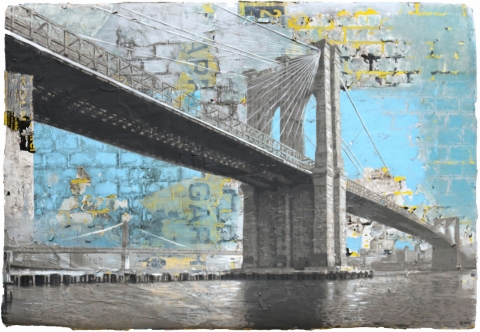 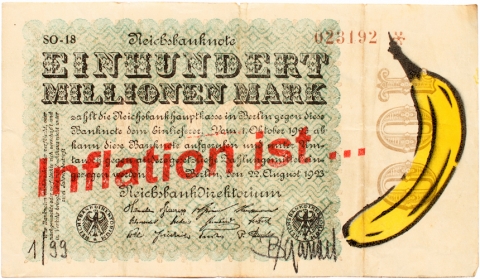 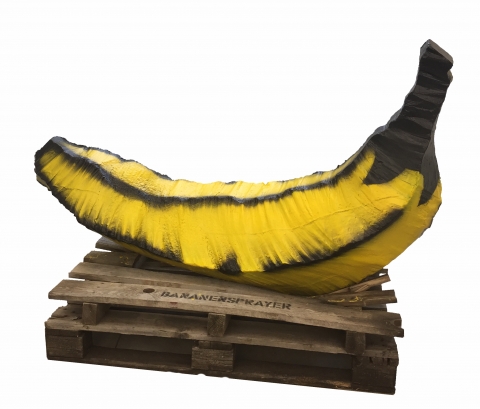 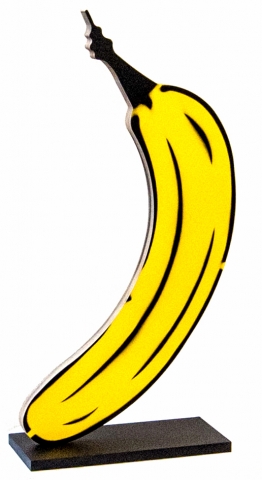 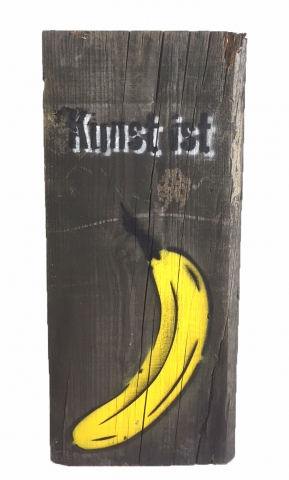 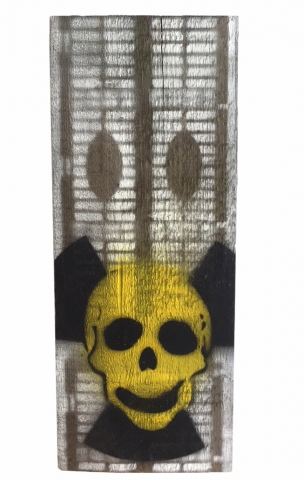 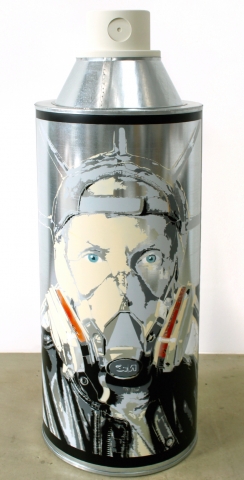 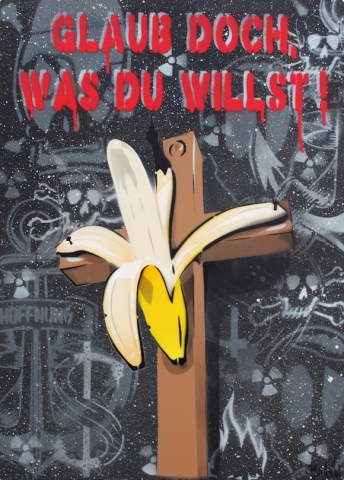