Victor Vasarely, born as Győző Vásárhelyi, was a French-Hungarian artist. He is considered one of the most important representatives of the op-art movement.

Vasarely began his training in 1925 at the University of Budapest, where he studied medicine. He aborted this study and began an education at the private school of Volkmann Podolini in 1927 and then studied from 1928 at Sándor Bortnyik. He continued his studies from 1929 to 1930 at his studio in Budapest. There he met his future wife Klara Spinner.

In 1930, Vasarely moved to Paris and worked as a decorator and commercial artist. He began to develop a system in which he abstracted objects from everyday life. Vasarely was one of the leading figures of the geometric abstract painting, particularly from the movement also known as op art (from: optical art). Vasarely's work became widely known in Europe and America in the sixties, under the influence of the Parisian gallery Denise René.

He usually worked with strong contrasts, initially in black and white, then in color. The impact of the lines and the way he uses them is giving the impression that everything in the image begins to vibrate.

In his hometown, the southern Hungarian Pécs and Budapest you can find museums devoted to his life and work. Also in the French town of Aix-en-Provence, a Vasarely Museum is located. 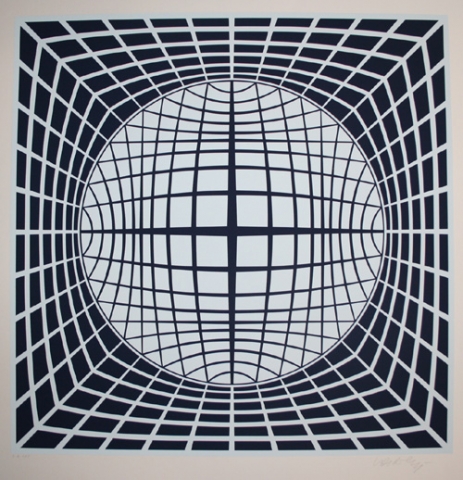 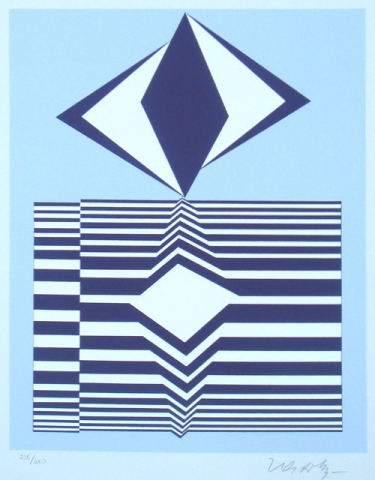 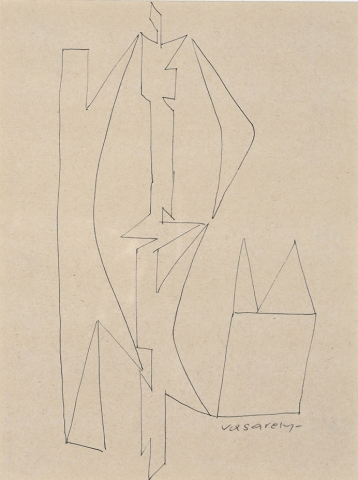 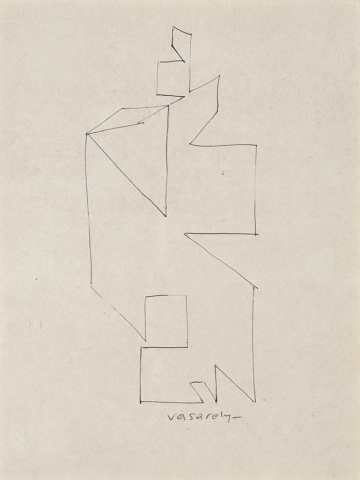