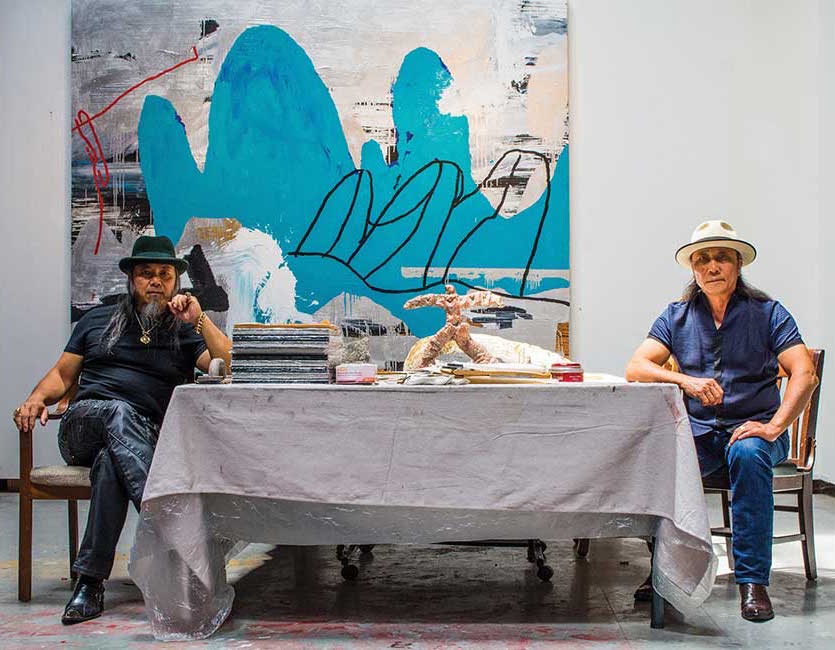 The artist duo ShanZuo DaHuang Zhou, known as the Zhou Brothers, started an international art career in 1973. The brothers originate from China. Since that year 1973, they have always made their artworks together.

Until 1986, they were active in China, where they had a prominent role in the Chinese contemporary art movement. When their artistic activities came to international attention, the two moved to the USA where they continued their work.

In their work, which puts relationships to the Chinese people traditions over time, people are the key topic. There are also often references to primitive murals that testify to the desire of the early artists to express themselves, something which is not considered as evident in the recent history of their homeland. In this context, the effects of the cultural revolution in the arts of the Zhou Brothers live deeply ingrained in their work.